Orc king Littlehead had a beautiful (by Orc’s standards at least) daughter called Hellga. She wanted to marry a prince, but because she was heavily influenced by misunderstood multiculturalism she decided to turn down all proposals from orc princes. She asked her father to send messengers to neighboring lands instead, but no human, dwarf or undead prince was interested to marry her (not because she was an orc, but because of her personality of course). The rejections were quite polite but princess Hellga got upset anyway. She cursed all the princes and turned them into small warriors, who now have to fight for her pleasure in arenas placed in her room. 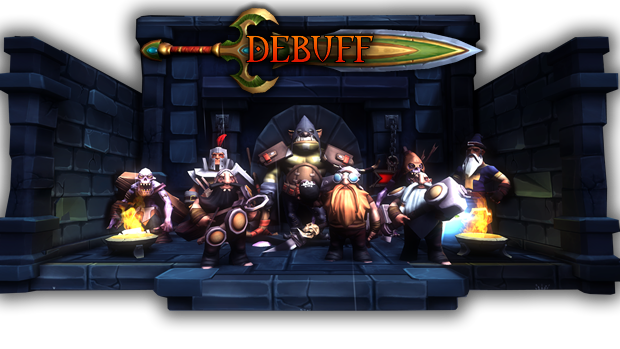 Oh and all heroes can use TNT as a secondary attack, because who doesn’t like a little bit of ‘bomb a man’ action, right. 😉

Keyboard&mouse: Use your mouse cursor to point where your hero should look and attack. Press left mouse button and keep it pressed to let him walk there. Press keyboard button 1 to perform primary attack, button 2 to perform secondary attack.